Even though I do come from the Netherlands I am an enthusiastic follower of the presidential elections. Furthermore, when a tech-minded startup guy runs on the platform based on a universal basic income (Freedom dividend) policy it is difficult to not to watch every interview, debate, and rally he conducts.

I first became aware of Andrew Yang from an interview with Sam Harris (unfortunately you can only hear half of the interview for free) and from Joe Rogan podcast (embedded below) but I thought that his policies would be too far from the current political climate for him to have a shot. It seems that I have been proven wrong. America is on the verge of voting for the democratic nominee election and Yang is polling 6th, made it into the upcoming December debate, reached 350.000 individual donors (mostly small) and has enough financial means to compete on ad spending with the frontrunners. All while largely being ignored by the traditional news media.

Why can he win the democratic nomination?

So, now you are up to speed. The biggest hurdle for Andrew Yang to win the presidency is to win the nomination. The field of candidates started of very large but the main contenders that are still in the race are Joe Biden, Bernie Sanders, Elizabeth Warren, Pete Buttigieg, and (maybe) Tom Steyer and Michael Bloomberg. I believe that people will see that Andrew Yang is the better choice among these candidates.

Biden was the vice president under Obama for eight years and therefore has the greatest name recognition. He is not running on a platform of change but on going back to the days before Trump was elected. Building on top of Obama’s work but no drastic changes in policies.

The legacy of the Obama/Biden administration was far from perfect. The Democrats tend to blame this on the uncooperative republicans. No real systematic change was delivered beside Obamacare giving universal access to health insurance which did not solve the costs of healthcare or medical bankruptcies (the system feels very dystopian compared to the system we have in the Netherlands).

But the policies are not Biden’s biggest issue. For one, Biden debate answers often are incoherent and impossible to understand. It seems that most people voting for Biden in the poll did not watch his debate performances so far. For example, this clip from a recent debate:

Here he is answering a simple question on a rally on the Hunter Biden controversy:

Furthermore, he is very touchy in this post #metoo world and there have been some women making some accusations and it is another point of attack for the GOP (Trump)

I believe his policies are too socialistic for him to have a shot. The USA is very capitalistic oriented and do not want to turn into a European nation. For, example the main policy of Bernie is a version of universal healthcare that would abolish private insurance in favor of a public option. Bernie is the only candidate that wants to get rid of private insurance.

Many people like their private insurance and the public option still need to prove itself to be better. Americans seem deeply scared of a big government and therefore, I do not see him win the nomination. Mainly, because he has similar public ideas of expanding government for housing and education.

For the record, I like the medicare system in the Netherlands where the government determines the minimal base of medicare that has to be covered. The private insurance companies have to determine a monthly fee and can give offer additional medical services like dental and physical therapy. There is also some choice between the height of your own risk to reduce your premium.

Sanders is also on the wrong side of some other issues. For example, he does not support nuclear energy, he is for increasing a minimum wage, to have a wealth tax instead of a VAT tax and to implement a federal job guarantee.

He also has some personal flaws in my view. One example is letting an event be disrupted by a Black Lives Matter protest, he should not have been this friendly to these protestors which give me an Evergreen vibe.

A more recent example of Sanders not handling conflict well is retracting his endorsement from Cenk Uygur after a little bit of push back from the media and his supporters.

Bernie also does not seem to be capable of winning a fight against Trump. He was head to head with Clinton last democratic nominee election but he refused to attack her on the leaks that show the DNC conspiring with Clinton. Furthermore, he could have attacked Clinton on other issues like the failure to prevent the Benghazi attack and the rise of ISIS under Obama (Which probably will be an attack when Biden gets the nomination).

I do not see her being able to feet Trump. Her biggest scandal is claiming to be a Native American which she used to get into Harvard and to advance her career. Then she took a DNA test that shows she is not a Native American. All in all, bad optics and politics.

She continues making bad decisions in the campaign trail. For example, by first supporting the Sanders Medicare for all bill and then switch to supporting a plan which includes private insurance. She also originated talking about the policy of a wealth tax for billionaires which gives a great slogan but which will not work in practice when you think about it. Most of the billionaire’s wealth is in stocks which is hard to tax because it requires a company valuation. A VAT tax can hit billionaires hard when they try to spend their wealth on consumer goods. On the other spectrum, a higher Estate tax would make much more sense.

His main issue is with the black support which could partly be because he is openly gay but the main reason is that he fired a black police chief in 2012 when he was Mayor of South Bend, Indiana which caused controversy among black communities.

He also worked as a consultant for McKinsey which had/has some shady clients.

Furthermore, did you know many of his rhetoric that made him popular was copied from Yang?

Even though they spend hundreds of millions I do not see the democratic party choose a billionaire as there nominee after Trump. At first glance, their policies seem to be similar to Biden’s. Good for the status quo and no structural economic changes. Credits for Steyer being continuously talking about global warming but this is not a hot political issue at the moment.

Why can he win against trump?

Even though UBI sounds socialistic it is a very bipartisan idea. Instead of growing the size and responsibilities of the government trying to distribute wealth the money will flow directly into the hands of the individual. Andrew Yang has branded it is a Freedom Dividend that gives a humanistic floor for capitalism to work better than ever before.

Andrew Yang’s ideas are battled tested. He is one of the most active campaigners in the field talking to everyone for any duration. His slate is clean and it will difficult for Donald Trump to attack him on any non-policy issue.

Yang is also on the right side of the social justice issue by pushing back against the cancel culture. He talks about that the comedian Shane Gillis should not be fired for making poor Asian jokes about Yang.

Andrew Yang does not take himself too seriously and has a campaign in which people would want to be a part of. Even though Republicans are pretty happy about Trump I hope he discredited himself enough so that the swing voters can support Yang.

What will happen when Yang wins?

We have to be honest here. Even if Yang wins a 1000 dollar monthly dividend will be still a difficult policy to implement. However, I am sure he can negotiate and get the math right. Maybe it will be implemented by having a 500 dividend for his first term and another 500 for his second term.

Even though a UBI is Yang’s flag policy it is just a tool to improve the quality of life for all Americans. More importantly, is that he will look at the data and will not rely on GDP or stock market performance to evaluate his idea. If he could make this the default measurements for future presidents his presidency can already be seen as a success.

How can you help?

If you live in the US, you can donate directly to the campaign. There are many ways to volunteer. You can follow this the YangForPresidentHQ subreddit to stay up to date.

Out of curiosity, where do you think the monthly dividend is going to come from? 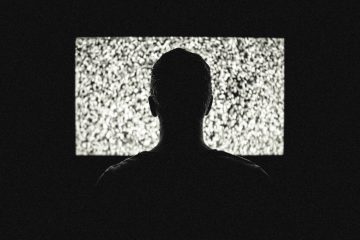 To review Interreflections we need to understand Peter Joseph. He is a filmmaker but also the creator of the zeitgeist movement. For better or worse, Peter has played a major influence on the way I Read more… 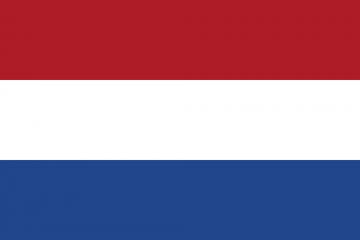 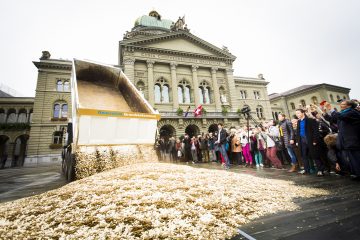