Songs from Nick Cave you should listen to

When I was a kid and developed a taste for music, I was exposed to the music of my father. For the younger generation, in my youth, we did not have YouTube or Spotify, so we were limited to the music your parents bought (or later downloaded). When we went on holiday, we only had music in the form of the cassette player and then CD’s in the car (my dad does not enjoy listening to the radio). We always had the latest music gadgets, so we had access to walkmans and the first portable media players when they came out, 60G of music wow! Which I used extensively during holidays. Still, the choice was limited, and I was lucky with the music taste of my dad because one of the artists we often listened to was Nick Cave! 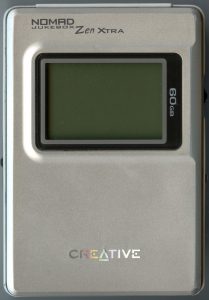 We had a Creative NOMAD Jukebox Zen

I remember that we had these two albums from Nick Cave & The Bad Seeds when I was young: Murder Ballads from 1996 and Henry’s Dream 1992. Now, 31 years old, I still listen to Nick Cave and I want to share the songs that I still often play from my playlist. I feel that it is a shame that a lot of people only know Nick Cave from the song: Where The Wild Roses Grow, which is the only song that seems to get played on the radio. It is a good song but similar to California Love from 2pac, you wished they played some other songs from great artists once in a while on the radio instead of the most famous tunes.

So, without further ado here is my list of songs from Nick Cave which you should have at least listened once to in your life. There is also this playlist if you have Spotify.

The Curse of Millhaven – Murder ballads

A dark story with great lyrics on a happy melody with lyrics such as: “If you think you have seen a pair of eyes more green then you sure didn’t see them around here.”, …”They ask me if I feel remorse and I answer: Why of course. There is so much more I could have done if they’d let me!”

I Had a Dream, Joe – Henry’s Dream

Very energetic song but I can not explain what this song is about and why this is the song I often select.

A song with fantastic synergy between Nick and the Choir and lyrically probably one of his more political loaded song and one of his best.

“Forgive us now for what we’ve done
It started out as a bit of fun
Here, take these before we run away
The keys to the gulag.”

Furthermore, if Harry & Hermoine can dance to it so can you!

The happiest song from Nick I listen to with fantastic poetry. The whole album is excellent with songs as “There She Goes, My Beautiful World”, “Let the Bells Ring” and “Supernaturally” and I often listen to it as a whole.

The saddest song and most impressive song on the album loaded with the death of Nick’s 15 years old song. I was amazed how he was able to perform this album live. I saw him last year (6 October 2017) for the first time with my dad in the Ziggo Dome, and it was terrific how engaged and energetic he performed this album.

Mermaids – Push the Sky Away

Great musical album but because of the story behind Skeleton Tree, I do not listen as much to it anymore as when it came out. However, Mermaids does stick because of its strange lyrics, e.g.:

A fantastic song from the perspective of a person on death row for a crime he did not commit. Johnny Cash also has an astounding cover of this song.

Fifteen Feet of Pure White Snow – No More Shall We Part

I do not know what to make of this song, but I am getting back to it. Love the intro and the groovy bass line. Notable lyrics: “My neighbor waved to me, but my neighbor is my enemy.” .. “Where is my nurse I need some healing. I have been paralyzed by a lack of feeling. I can’t even find anything worth stealing.”

It is time I give The Bad Seeds some credit. The guitarist is probably the reason I return to this song.

Did you know Nick Cave can also play guitar? Not as good Mick Harvey but the chaotic result of the Grinderman project is still interesting to listen when combined with a very funny story.

As much of the work of Warren Ellis as of Nick Cave but a marvelous soundtrack for a fantastic movie The Assassination of Jesse James by the Coward Robert Ford.

Besides his music his work ethic is amazing and inspires me when doing my own work. From an interview in 2003 he describes how he always go to an office with a desk and a small piano from 7:30 till 5 instead of waiting for inspiration. “All you can do is fail, and that isn’t that bad anyway. .. and that it just doesn’t matter that much and can approach the whole thing with a sense of humor and a sense of play .. and just carry on”.

Interview part1 where he mentioned the office and his work hours.

Interview part2 with the quote.

A that reminds me, I should be programming!