Lessons learned from trying to consume no content for a month

Published by nielsvandermolen on August 22, 2018

As published in this article, I took up the challenge of banning most content consumption out of my life for a month. In this follow up article I report on how the month went and will discuss the lessons learned for the future.

Major benefits during the month

First, it felt great to be around my 1-year-old son without being distracted by my phone. It felt more like super high-quality time instead of having to take care of him, mainly, because I had less other things to spend my time on.

Furthermore, I played a lot more board games (Dominion & Scythe) with my girlfriend and I had more time and focus on helping out with the household chores. My girlfriend was pleased with these changes, and she was in dismal when the challenge was over.

Finally, I had an enormous output of productivity. I managed to put in a lot of hours on development, written a complex blog article about implementing a universal basic income and managed to clean up and prettify my home office. 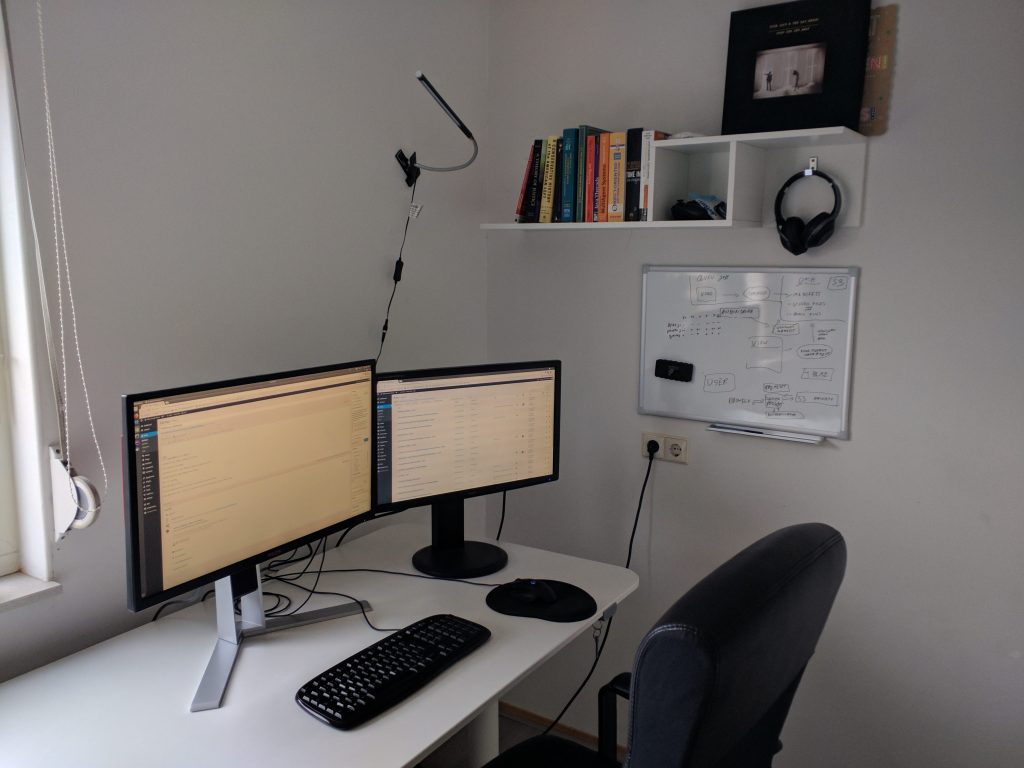 Cleaned up my workspace

These benefits are so significant that I decided I have to try to change my habits for the long-term.

I came aware of one obvious destructive habit: often when I was thinking of a difficult problem, I found myself browsing unintentionally to dumpert.nl, a Dutch video site. Without watching a video, I closed the site. To get rid of this habit for the long term I decided to block the site completely. The best method of doing this is to add an entry to your hosts file (/etc/hosts on Linux, c:/Windows/System32/drivers/etc/hosts on Windows). I did not and will not unblock this site.

We had lovely weather during the month in the Netherlands this made it easy not to watch TV or play video games. However, I did not perform as many sports as I originally wanted to.

I did manage not to watch any stages of the Tour de France, however, when Tom Dumoulin was in second place with only two real stages to go, I had to see if he could win it. This basically meant I failed my own rules which caused a cascading effect of watching summaries of the Formula 1 races and some videos on YouTube. After a day or two, I got it together again and followed the rules of the challenge.

I did manage to circumvent the rules of the challenge by spending time debating basic income online, regularly checking on comments and statistics on the blog, and checking new artists on Spotify. Resulting in that I was not bored a lot of the time. I also played a lot more chess online with a friend.

One of the habits I noticed during the challenge we spent quite a bit of time on the phone when we were together. We are trying to get rid of this habit by having to stand up when you use your phone. My feeling is that this will not be enough to get rid of this habit and maybe it is better to ban the smartphone completely when we are in the living room and maybe install an ordinary phone.

Not all video games are the same, and I decided to no longer play video games that require regular check-ins (e.g., Fallout Shelter) or that are based upon playing a lot of hours to get ahead (e.g., MMORPGs). I am ok with playing video games that are skill-based, and where I possess some skill (e.g., Rocket League and CSGO) and single-player games with a clear finish or fun even if you play them for a couple of hours (e.g., Cities: Skylines, Civilisation and Kernal Space Program). I will try to deprioritize playing video games over board games.

As it is summer, it is quite easy not to watch TV and spend time on Netflix. In general, I do recommend that you stop watching the news and only watch series that are worth it. If it is a conscious choice to watch something, it is probably not a waste of time.

After the challenge, I did find myself watching YouTube videos even during work time. I have to be more strict about this and only watch things during leisure time and be very critical on what I watch.

I found this challenge to be very educational and I do recommend other people to try out similar challenges to get aware of your habits. It did cause me to rethink some of my habits and try to change them to have a long-term effect. When I feel I am wasting too much time, I will likely repeat the challenge but with slightly altered rules.

To close, here is a selection of music I listened to during the challange: 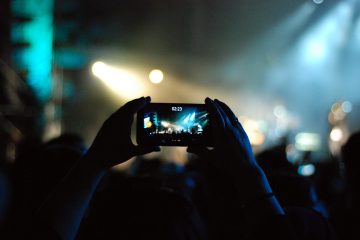 I am never bored, and I am an expert at spending leisure time. When there are 100 people in the room I am less conscientious than 82 of them (understandmyself.com). I would not be one Read more…