The world is a better place because Google connected us faster and more user friendlier to the internet than other options. However, as the company matured the output of the innovation efforts have stagnated. For example, the self-driving car efforts of Waymo (now part of Alphabet), which started testing since 2009, have been caught up by Tesla. There are now over 250.000 consumer cars on the road from Tesla with advanced autopilot features vs 0 of Waymo. Probably one of the main reasons is that Google is an advertisement company. When looking at the quarterly reports from Alphabet Inc. in Figure 1. you see that the major percentage of revenue and costs are at Google.

The controversy around the firing of James Damore indicates that the culture of Google is not a place that welcomes criticism and diversity of ideas. From the outside, it looks like Google has become a big sluggish enterprise compared to other companies. As Google has a 95% market share in Search in the Netherlands, there is no way around Google when you want to do online advertisement.

The ROI results from Google Adwords are great, and we use it for a few projects. However, the maintenance of ads is time assuming and continuous. Therefore I decided to automate the part by integrating advertisement control into my tutoring platform bijlesaanbod.nl so the customers can manage their ads themselves.

There are many steps needed to get to your first API Call:

2. Create a test manager account from a new Google account with this form.
3. From the test manager account create a test client account. Note that the test client does not appear in the account list on a page refresh so go to the test client account and bookmark the page of the test client (the customer ID number of the test client is important).
4. Create a campaign in the test client.
5. Go to the Google developer console and create a new project from your Google account with the Test manager.
6. Select the Google Ads Library and enable it for the project.
7. Go to Credentials and create a new OAth client ID (select Other and give it a name). Store the Client ID and the Client Secret.
8. Select a Client Library.
9. For PHP run the AuthenticateInStandaloneApplication.php script with a PHP console in a PHP CLI.
10. Paste the requested information (Client ID, Client Secret).
11. The script should return a working URL. Copy and paste it in an incognito window and log in with your Google account with the test manager.
12. The web page should open with an authorize button, click it and it should provide a token.
12.2. In case of problems try using the Google OAuth2 Playground instead of the script.
13. Paste the token in the PHP script, and this should finally give you a Refresh Token!
14. Add all the information in your environment, for the PHP client this in a google_ads_php.ini file in your root folder.
15. You should now be able to make a call with the API from PHP and develop your API using the CustomerID of the test client account.

I hope that this article helps to get people started with the Google Ads API. I expect that the API itself is less complex than the way to get to your first API call. I guess the lack of competition is a reason for the current complicated flow to get to your first API call. For Google, I would suggest allowing simpler methods with just an API key to develop your integrations or at least improve the test account interface by showing test accounts connected to the test manager.

Documentation of the Google Ads API can be found here

Cover Photo by tangi bertin, note Don’t Be Evil is no longer in Alphabet’s code of conduct 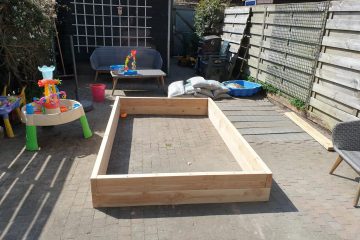 Following the documentation of API Platform, we start with an API that accepts the multipart/form-data format. We use Sapper (Node.js+Express) as an API gateway. First, we need to send a local file from Svelte to Read more…

For a new project, I decided to upgrade my architecture. My previous architecture ran with single-instance SaaS build in Drupal. Meaning that every new customer would get its own Drupal installation with its own database. Read more… 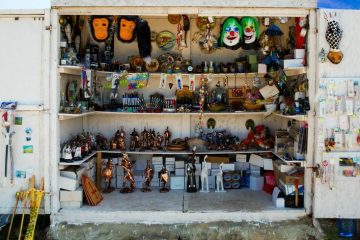 How to build a Symfony 4 API Platform application from scratch

Symfony 4 and the API Platform Framework make it easy to create an API application with basic CRUD operations. However, in real-world applications more advanced features (e.g. authentication and custom endpoints) are needed which require Read more…